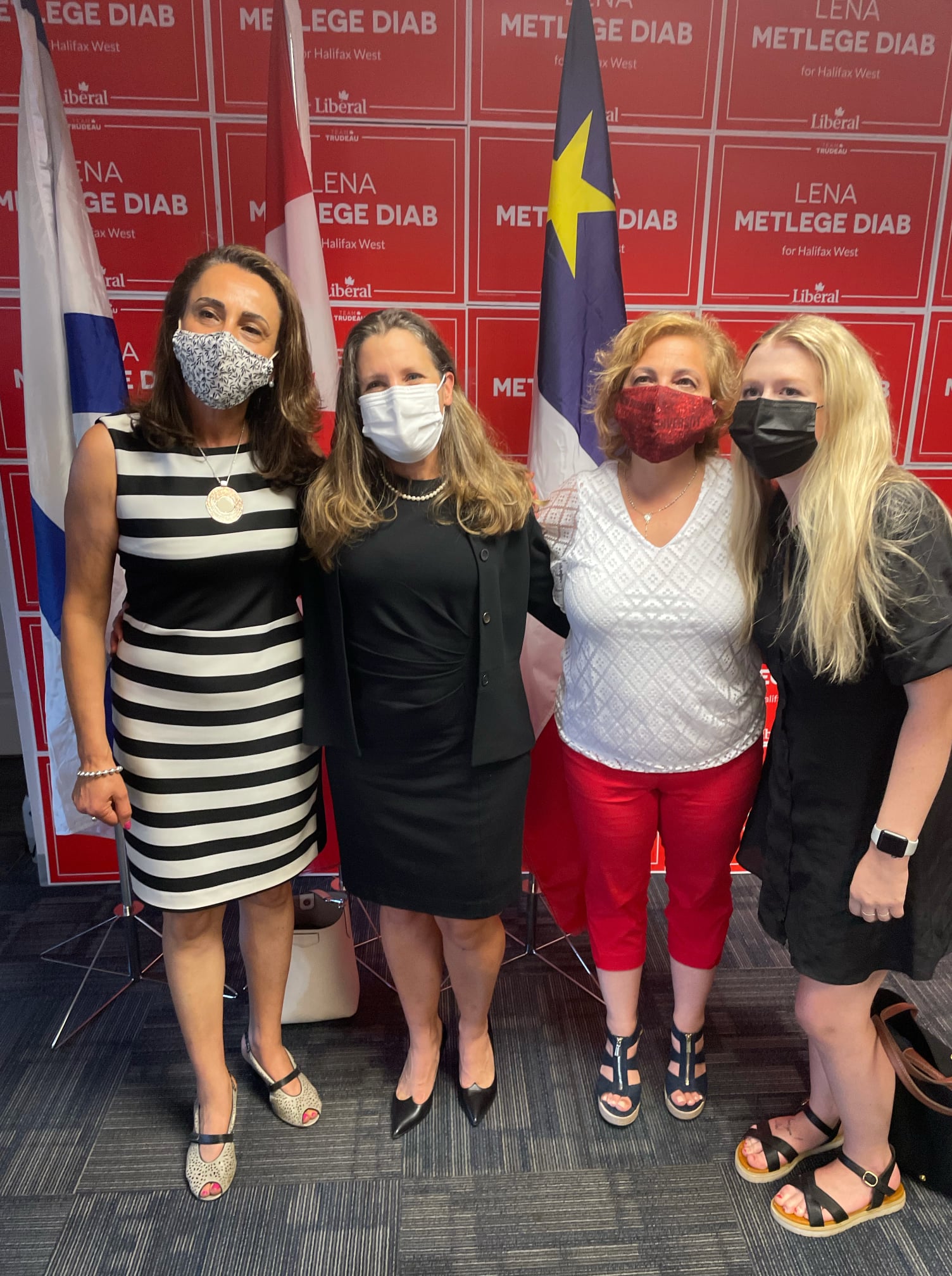 Posted at 09:33h in Updates by Rafah DiCostanzo

This past Thursday, I was happy to attend Lena Metlege Diab’s campaign launch as the Liberal candidate in Halifax West for the upcoming federal election.
I want to give my gratitude and sincere farewell to Geoff Regan who has been a great mentor to me. Geoff will be retiring after a remarkable 25 years serving this community.
Looking forward, I am pleased to support Lena in her campaign. I was very happy to meet and hear Deputy Prime Minister Chrystia Freeland speak.
In her speech she gave to attendees, Minister Freeland emphasized the important role of immigrants in Canada, their shared love for this country, and the compassion that Canadians have for their new neighbours. Minister Freeland also emphasized the pivotal role of voters by saying that “democracy is a noun, but should be treated as a verb”.
That is why I urge all voters in Halifax West to vote for #TeamLena this election.